GATCHALIAN: MORE LABOR MARKET STIMULUS TO SAVE JOBS AMID PANDEMIC

Senator Win Gatchalian is urging the country’s economic managers to pump more stimulus to the labor market to ensure the preservation of jobs of many Filipinos in the light of the record-breaking unemployment rate in the country amid the strict quarantine measures enforced to contain the coronavirus disease (COVID-19) pandemic.

Gatchalian made the appeal as he lamented that the unemployment rate had jumped to an all-time high of 17.7% in April 2020. The Philippine Statistics Authority (PSA) reported earlier this month that there are 7.3 million unemployed Filipinos as of April 2020.

In terms of subsectors, the seasoned lawmaker said the largest reduction in employment was felt in the arts, entertainment, and recreation with 54%, followed by electricity, gas, steam, and air conditioning supply with 43.1%, and information and communication with 40.6%.

According to the Vice Chairman of the Senate Committee on Economic Affairs, there’s a big debate now as to what stimulus package will be prioritized under the ‘Bayanihan to Recover as One Act’.

The senator has vowed to fight for a bigger stimulus package that will ensure that millions of jobs for Filipinos will be saved. Citing his office’s internal projection, Gatchalian said the government will need an estimated P301 billion to create direct and indirect jobs for those impacted by the COVID-19-induced economic crisis for the rest of the year.

“The BIR should temporarily spare small-time online sellers from taxation.”

He reiterated his support to budding online sellers, especially those who lost their jobs during the ECQ. Gatchalian again called on the Bureau of Internal Revenue (BIR) to temporarily spare small-time online sellers from taxation.

Instead of going after the small fry, he has been urging the BIR to go after the big fish, such as the erring Philippine Offshore Gaming Operators (POGOs) who has yet to pay an estimated P50 to P70 billion worth of taxes. 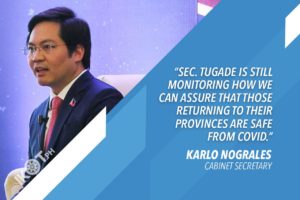 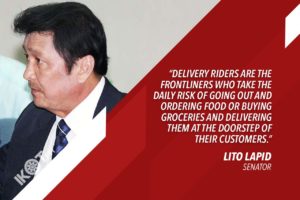 LAPID: DELIVERY RIDERS SHOULD BE REIMBURSED FOR CANCELLED ORDERS 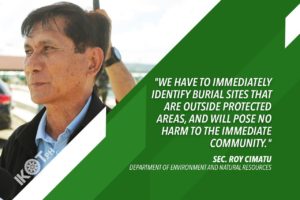 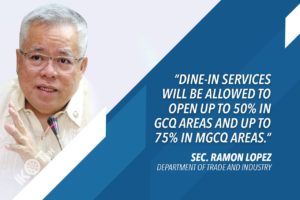