Sporting history is full of great father and son pairings. For example, we’ve seen Del and Steph Curry in basketball, Danny and Daley Blind in football, and in the sport of mixed martial arts, we even saw a father and son duo compete on the same card in Bellator last year.

Performing under the weight of a famous name is not always an easy proposition, but Filipino martial arts icon Mark Sangiao and his son Jhanlo seem to enjoy the dynamic, and the 17-year-old is flourishing under the tutelage of his famous father.

“He’s fierce and resolute to win. As a person, he’s gentle and respectful.”

“I am just happy to see that he is enjoying the training. He is progressing, but the road is still far and stretched,” says the elder Sangiao, Founder of the famed Team Lakay of Baguio City.

A hugely popular figure in his native Philippines and beyond, Mark was a successful Filipino mixed martial arts pioneer with a 7-2 professional record before going on to spearhead a golden age at Team Lakay.

Under his guidance, the team has produced an impressive wave of World Champions, becoming one of the most revered martial arts factions in the industry.

Jhanlo is undoubtedly an exciting talent. He’s already made it clear to his father that his desire is to one day be a World Champion, just like many of his Team Lakay contemporaries. Not only does Jhanlo have the skill and ambition, but he’s also earned praise from mixed martial arts Icon and CEO of ONE Warrior Series, Rich Franklin. The former multiple-time middleweight world champion has described the younger Sangiao as having a ‘big future.’

Despite having all the right ingredients to succeed as another superstar in the making, Mark has emphasized the importance of hard work and nurturing the skill set if Jhanlo is to realize his potential.

“It will still be a long journey for him but the thing now is, he loves the learning process. The honing will come as time goes,” coach Mark says.

With widespread shutdown due to the COVID-19 pandemic still in full swing, many of the Team Lakay athletes have had to tweak their training. For Jhanlo however, the additional hours at home just means more time spent putting gas in the tank and evolving those skills with his father.

“We have been working on conditioning, stairs running, jogging, calisthenic exercises, pad work and more. We both enjoy pad work the most. He is enjoying what he’s doing,” coach Mark says.

With a burgeoning reputation as a talented kickboxer, Jhanlo has shown his versatility in what’s been an impressive start to his amateur career. Finishing all three of his contests, the youngster sealed his debut win with strikes before securing the next two victories via submission.

While Team Lakay has had world champions in Brave CF, PXC and URCC, it’s their huge success in ONE Championship that’s really put the gym on the map.

“He is surrounded with high caliber athletes and he has a real coach.”

The likes of Honorio Banario, Eduard Folayang, Geje Eustaquio, Joshua Pacio and Kevin Belingon have all won world titles for the Singapore-based organization, so it’s natural that fans tend to wonder if Jhanlo, too, can forge a career amongst Asia’s elite.

“Seeing his hard work, his will to train and his passion, the answer is yes,” coach Mark confidently remarks.

It’s not just the peak performances of Mark’s wards that have earned such a strong reputation. They also exude true martial arts values outside of the Circle, and Jhanlo too, seems to have an astute grasp of both.

“‘Based on his previous matches, he’s fierce and resolute to win. As a person, he’s gentle and respectful,” coach Mark says.

The pressure of having a famous dad in the same sport can sometimes be intense. Fans of Manchester United may remember Jordi Cruyff, son of legendary, Johan Cruyff arriving at Old Trafford in the 90’s. He preferred to wear the name ‘Jordi’ on the back of his shirt instead of his iconic surname to ease the burden of comparison with his more famous father.

Clearly, the dynamic between when to be ‘the coach’ and when to be ‘the parent’ is an important one to get right. Here, it seems that coach Mark has made a clear distinction.

“At home, I am his dad. At the gym and during training, I am his coach. That’s how I find the balance, they don’t mix,” coach Mark says.

Comparisons between the pair are inevitable, so it’s interesting to hear Mark’s description of the similarities and differences.

“At 17, I was shy. He is more confident and more skilled – the fact is that he is surrounded with high caliber athletes and he has a real coach. For mentality, he still has to test how strong his mental toughness is and I am looking forward to that,” says coach Mark.

Such tests are certainly available to him when he is ready. Another teammate of Jhanlo’s currently making waves is Lito Adiwang, who starred in ONE Warrior Series (OWS) before winning a contract in ONE Championship where he has swiftly become one of the most exciting talents in his division.

If Jhanlo can earn his shot at OWS under the guidance of his father and Franklin, then that may just be the perfect stage for him to truly shine.

When it comes to creating world champions, it’s clear that Mark has the Midas touch. With that in mind, this talented young star couldn’t wish for a better scenario in which to realize his dreams of mixed martial arts glory and make his dad proud. 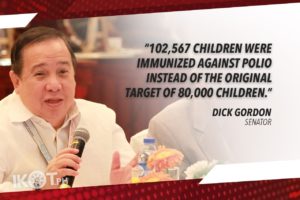 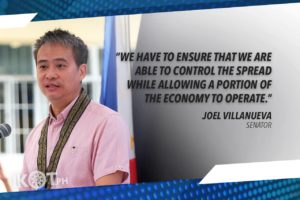 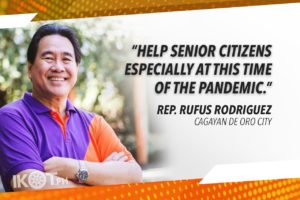 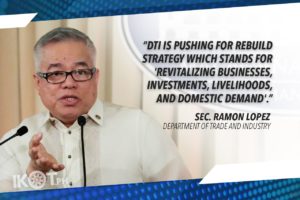